My right epididymis is swollen. It isnt really painful and i have no other side effects. I never kept a good record of it, but ever since my vasectomy (almost 4 years ago), i get a swollen epididymis. I cant remember for sure, but i think this is the 4th time. The last one was around 5 - 6 months ago and i was prescribed bactrim and it went away. It is now swollen again on the same epididymis. The doctor prescribed an ultrasound that i will go to tonight. Is this this likely related to my vasectomy? Both recent doctors seemed baffled and had no idea why it would be related to a vasectomy.

Both recent doctors seemed baffled and had no idea why it would be related to a vasectomy.

Perhaps those so called doctor’s shouldn’t be doctor’s (sigh).

Type the word epididymitis into the search bar on this site.

The link below, which shouldn’t be considered the end all be all regarding information on epididymitis, vasectomy risks, or the alike, was easily found right at the top of duckduckgo - among countless other relevant and/or related links.

The Risk of Epididymitis After Getting a Vasectomy

As with any other surgical procedure, vasectomy has its own side effects such as Epididymitis. Find out more about this complication here.

Epididymitis was listed as a common risk in my vasectomy informed consent paperwork.

FWIW, there are countless testimonials on this site from men just like you that got feed a bunch of hogwash by their doctors and urologists - including their vasectomists

Looking at my ultrasound results online. Everything looks normal. I haven’t heard from the doctor. Im hoping they don’t see everything is normal and think “problem solved.”

So, it may be that i have an abscess that causes an infection every once in a while? What would the treatment be?

I responded to your initial inquiry for a couple reasons. A - nobody else had replied as of then. B - I found your doctor/s quoted remarks so rediculas that I couldn’t resist.

Based on your response, I am guessing that you replied before you did any diligent research of your own as I previously suggested.

So, it may be that i have an abscess that causes an infection every once in a while?

It’s hard to say what is going on in your case or anyone else’s case specifically. Generally speaking, there is no one size fits all answer. Like everyone else, this may take some time to figure out. It may require some trial and error, wait and see, etc. Perhaps you decide to take another round of antibiotics and this condition disappears again for a while. Who knows.

Generally speaking, I don’t recommend anyone do anything specifically that carries a significant amount of risk. I try to help people do their own research by giving them a head start as to where to start looking, what they should be aware of, etc.

If you ended up screwed up by some recommendation that I initially gave you, it would only be natural to get upset with me as I initially sent you down that path in the first place. I don’t want to be a part of such potential scenarios that certainly do exist.

Assuming that you are new to posting in these kinds of “medical forums”, you may be surprised just how easily shit can get all kinds of screwed up. However low or high the risk may or may not be with something specific, including something seemingly safe like NSAIDS, antibiotics, etc - just about anything and everything carries some sort of risk that you may not be aware of at this point. Someone/s draws the shortest straw with just about anything and everything. There are several testimonials on this site alone from men that had bad side effects from something seemingly safe like NSAID’s and antibiotics.

Anyway, feel free to ask more questions that you cannot seem to find any answers to. Feel free to post more details and update this thread as time goes by. I’m sure that others will be curious to know what you ended up doing and how that worked out for you.

In the meantime, perhaps someone else will chime in.

Thanks. I tend to take stuff i read online with a grain of salt and use it as a starting place. The immediate care place doesnt seem to want to do anything as my ultrasound came back “normal.” I made an appointment with a urologist for Monday. Last time, i waited a few weeks to go in and my epididymis got so swollen, i thought it would explode. Then they prescribed antibiotics and it immediately started getting better. Hopefully this time my epididymis doesnt explode before a doctor decides that there may be an issue

Glad to hear that. I have definitely tried to give you a basic and down to earth head start on the topic of “vasectomy epididymitis”. You can read stories on this site and elsewhere online that describe trying all kinds of stuff and had success one way or another. Something tells me you know most of your options by now.

FWIW, in over a decade of reading about this stuff, I can’t say that I have ever heard of that happening before. All at the same time, I don’t see how chronic epididymitis can be good for an epididymis (an organ), but I don’t know that like it was a matter of fact.

Update/s are as important as initial inquiries. Without them, nobody will ever know the details and/or WTH ever happened to you.

Urgent care looked at my ultrasound and said everything was normal. I asked if theyd prescribe me bactrim and they did. Ive been taking it for 3 days and the swelling has went way down.

I went to the urologist today. He looked at my chart, asked me 0 questions and immediately said my swelling is normal and it just happens to some people and that i need to ice and take anti inflammatories. He said the swelling going down is an unrelated coincidence to the bactrim because the ultrasound showed no signs of infection. I basically dont believe him. He kept referring to my painful and swollen testicles, neither of which are true. When i said my epididymis is whats swollen, he just said “yes, that happens too” and just brushed it off as all the same. I’m kinda lost what to do. I guess ill just wait for it to happen again and get another opinion from a different urologist.

The last time this happened, in january. It was probably 3 weeks before i went to the doctor. My epididymis kept getting more and more swollen every day. Eventually, it was so swollen that it was rock hard. It was so large that I could visually see my epididymis next to my testicle, just standing there looking in the mirror. As soon as i started taking bactrim, it immediately started going away and was back to normal in like 5 days. I have a hard time believing it was coincidence

Thanks for the update.

Your urologist wasn’t lying in the sense that epididymitis can happen to pretty much any man. The condition isn’t associated with just vasectomy, but, it wouldn’t have been listed as a common risk in my vasectomy risks section of my informed consent paperwork if vasectomy didn’t add some sort of enhanced risk to contracting the condition. At this point I won’t elaborate. A quick search on this site will turn up that information.

My paperwork certainly is not the only place one will find reference to the link between vasectomy and epididymitis. That stuff can be found online with ease.

All at the same time, I don’t see how chronic epididymitis can be good for an epididymis (an organ), but I don’t know that like it was a matter of fact.

Well, it is a matter of fact. Sometimes I don’t recall many of the things that I am aware of on the spot. This website below says epididymitis is a rare complication of vasectomy. I find that statement to be misleading and wishy washy myself, but I digress for now. One must statistically define what rare means in modern medicine. 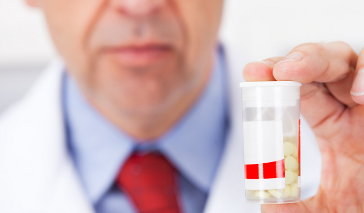 Are you planning a vasectomy or have you had one in the last year? Learn the signs and remedies for epididymitis.

It’s a rare complication that, if it occurs, usually hits during the first year following a vasectomy. Occasionally, however, it can manifest years after the procedure.

FWIW, if a person is really digging deep into these kinds of topics, one must get past all the repeat write-ups that are generally listed at the top of any search engine. I found multiple different websites that were just about word for word mirrors of the first link I posted in this thread. The vasectomy.com article above is another rather echo chamberish website too.