As some of you know, I’m a radiologist. I’d like to show a case. Man with vasectomy many years ago, has had pain in his left epididymus for some time- which could sound like congestion. We did an MRI which showed this:
(This is an axial T1 image with fat saturation, his back is down and front is up)

What you see is increased T1 signal intensity in his symptomatic left epididymus. Just one slice is shown, but the entire left epididymus looks like this. It’s not visibly swollen compared to the painless right epi.
I’ve found one article that discussed this: https://www.ajronline.org/doi/pdf/10.2214/AJR.13.11619
The increased signal intensity indicated proteinaceous material lodged within the epididymal tubules. Meaning that the contents of his epi is thick and sludgy. Could very well be a visible sign of congestion.

I haven’t found any studies that links this MRI-finding to post vasectomy pain, unfortunately. So can’t say for sure if this really is the cause of his misery. It doesn’t seem unlikely though, that he is suffering from congestion, since this is only on his symptomatic side. The “sludgy” epididymus content isn’t appreciable in the same way on ultrasound.

This can have further implications, according to the article linked. It was a study of MRI prior to vas reversal. 90% of the men with “white” epis needed vasoepididymostomy instead of vasovasostomy.

To me this suggests though that MRI could maybe be useful for PVPS as well. If you’re having a reversal, an MRI prior could suggest if you may need a vasoepididymostomy, and so you can plan accordingly to avoid surgeons who aren’t capable of that procedure.

Has any of you had an MRI of scrotum done, with findings like this?

Thanks for posting. This is super interesting stuff, and seems like it might help men with PVP know how to proceed.

I wonder if MRI might be a killer tool for understanding the causes of PVPS, since nervous system dysfunction is such a big part of the disease. Too bad access to MRI can be hard to get. I’ve been struggling with some upper back and neck pain recently. My doctor said I can’t get an MRI without basically exhausting every other diagnostic tool first. (e.g. medicine, x-ray, physical therapy)

Yeah, MRI is super useful in neurology. So much, that it is almost bad practice to take CT of the brain, unless the situation is so emergency that you can’t afford the 15 minutes the MRI exam lasts.

MRI isn’t used that much on scrotum though, since ultrasound is so prevalent. Ultrasound has a few advantages over MRI, in that it has greater spatial resolution. But MRI can do something ultrasound can’t - which is to differentiate “free flowing” epididymal fluid, vs stagnant sludge. One caveat though - I’m pretty sure most radiologists won’t interpret this the same way I do, since knowledge of PVPS is so low among most doctors.

Edit: And I’m 100% sure what we see on this MRI would not be possible to see on ultrasound. This guy’s ultrasound would have been deemed “normal”.

very interesting information, an issue you can face with this is approach is getting a surgeon onboard to change there reversal approach. My understanding is that a vasovasostomy is always the preferred route for guys dealing with PVPS and vasoepididymostomy is only introduced during the semen extraction phase of the surgery if no live semen is found under a microscope then there is guideline followed by surgeons on whether to proceed with a vasoepididymostomy vs continuing with a vasovasostomy. Also there is not much research out there that shows vasoepididymostomy has a better outcome for decreasing or resolving of pain than your standard vas to vas reversal. But needless to say this seems to very informative in the diagnostic phase and giving a better picture of what your epi really looks like vs your typical ultrasound.

I had an epididectomy and one boy has shrunk after years of pain now I am good. The more I read the more I don’t believe that a vasectomy is the best form of intelligence that a person can have. I for one wish I could goback

Another case. Guy who’ve had vasectomy. No pain though, just felt a lump and wanted it checked out. Image probably doesn’t mean a lot to most, but the arrow points at high T1 intensity in his right epi. The entire head of the epi is bright like this. Left nut lies lower, and isn’t a part of this image.

I’ve pondered how MRI could be useful in PVPS. According to the study linked earlier in the thread, this signal in the epi has a high correlation with no sperm in vasovasostomy - meaning the sperm is “solidified” in the epi, and these patients will need vasoepididymostomy in reversal surgery. I’ve seen other places in this forum (@RingoStar may elaborate?) that vasoepididymostomy isn’t recommended for pain (?).

Thus - an MRI could be helpful in choosing which surgery you should consider. High T1 signal in the painful epi -> reversal may be unlikely to help since the epi is congested proximal to the vas, so denervation or orchiectomy may be the only surgeries to consider (since epididymectomy is unlikely to help with pain). I have ofc no proof or studies to back up this claim, but it’s an interesting thought.

I didn’t see the linked material. The link takes me to imgur homepage all kinds of stuff - heh.

I’ve seen other places in this forum (@RingoStar may elaborate?) that vasoepididymostomy isn’t recommended for pain (?)

I don’t want to elaborate a whole lot, but you are hearing some of us correctly.

To the best of my knowledge, there are several pvps reversal surgeons that typically do not or will not preform vasoepididymostomy for pain, pvps, etc.

I/we have heard the rationale as to several versions of why directly from several sources. It gets quite complicated, far more than I care to type out. I’d also have to look up some of the terminology that is involved with various vas to vas (vasovasostomy) methodologies that are known to be used by specific pvps reversal surgeons. In some cases there is a clean up of the ends of the vas/s involved and othertimes there isn’t. In some cases, a post reversal SA isn’t even required.

On the flip side, there are several reversal surgeons that get mentioned frequently on this site that do both vasovasostomy and vasoepididymostomy. These people aim for fertility and generally there is a clean up of the ends of the vas/s involved. These people typically want to see more than one follow-up SA.

The majority of what I am talking about has been posted on this site in the past by several members - including myself. Reversal for pain gets way more complicated than one would imagine.

Whatever the case, I have been enjoying this thread. Its been a good read. 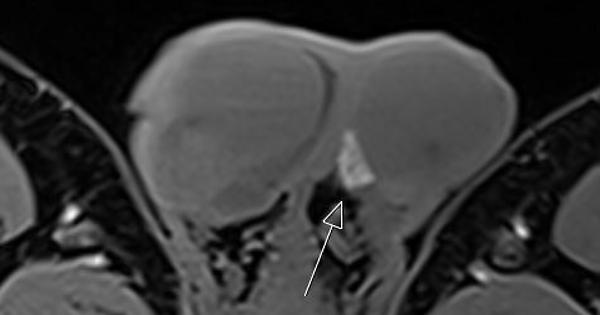 These are axial T1 fat-saturated MRI-images. Right side of image is patient’s left side. Imagine that the guy is lying on his back.
These are two different men. Both had vasectomy some years ago, and both complain of pain in their left epididymus. On the images we can see the increased T1-signal intensity in the left epididymus, only one slice of each are shown, but the whole epididymus looks like this in both guys.

This is signficant IMO, because it is an objective radiological finding that correlates with the exact location of pain in these two guys. There’s also a plausible explanation for what causes this. It is thick, sludgy sperm with high viscosity, where a lot of the water content has been sucked out and what remains is very protein-concentrated. This is - I believe - what a blocked epididymus looks like.

As the study I posted earlier showed, in 90% of guys with MRI findings like this, they needed vasoepididymostomy instead of vasovasostomy. You can imagine that the “white area” of the epididymus is completely blocked, like sement in a long water tube, and needs to be bypassed completely. These images also shows that an epididymal blockage isn’t necessarily just a single obstructed point - it can be the whole epididymus.

“Nobody” does MRI of scrotum. I will wager a lot that not a single person on this forum has had a dedicated MRI of their scrotum. It’s considered a strange exam to do, and for good reason. Ultrasound is much cheaper, easier and more prevalent. Since the testicles and epididymus gets so close to the ultrasound probe, ultrasound will also give a better spatial resolution of the testicles and epididymus. Ultrasound is by many considered the gold standard exam for scrotal conditions.

But MRI can do a couple of things that ultrasound can’t. What’s important here - MRI can give information about the chemical composition of tissue and fluids. What can be seen on these two guys is not visible on ultrasound.

This also makes me think - is there any way to treat this, or is this blocked epididymus basically ruined. Someone has mentioned pain relief from NAC. N-acetylcystein is a mucolytic - it dissolves mucus, and it is possible that what we see in these epididymuses could be considered a kind of mucus. NAC has clinically proven effect in dissolving gall bladder sludge, which has a similar appearance on MRI. So - is it possible that NAC could also have a dissolving effect on this epididymal sludge? Maybe. (Though most likely probably not.)