This is the current state of the poll, with 70 people answering:

Obviously not a scientific poll, but I thought it was interesting because babycenter.com is not somewhere that you would expect to find a lot of people saying that they have post vasectomy pain.

It would appear that more than 2% of respondents are suffering from some form of PVPS.

Yes, I noticed that as well. It also looks like the rate is possibly higher than the 1:2000 incidence my urologist gave me during my consultation.

Here is a forum thread I was reviewing today where at least a dozen different guys chime in to talk about their long term post vasectomy pain:

My Urologist told me 1:5000. When I developed pain and went for a consult at NY Presbyterian, I was told it is 1:50! If my original surgeon told me that, I would have never had the surgery.

The pie chart shows about 1/3 in some sort of pain or discomfort. That matches my discussions. I also noticed that about 2/3 of the guys I’ve spoken to also regret their vasectomy. That would be a good survey also. Another would be emotional or psychological changes.

In John Fried’s book “Vasectomy- The Truth and Consequences of the Newest Form of Birth Control - Male Sterilization”, chapter six details psychological issues and associated studies done. One study showed that 12% of men developed psychological issues needing counseling. In another study, The doctor noted that “Some husbands seemed to treat the vasectomy as a highly valued pawn in a sub-Rosa bargaining procedure, so that they post operatively reacted as though they had made a significant sacrifice for the marriage and no longer needed to be so considerate of their wives.” That sounds like anger/regret mix. The book is reasonably balanced and was published in 1972 when when vasectomania hadn’t taken hold and there were still some reservations about male sterilization.

As we all know, the research today is very biased. Perhaps in the right scenario, online surveys will yield less biased results just as illustrated in the beginning of this thread.

Sort’v relevant to the discussion…

The Guys Who Got Vasectomies — And Now Regret the Snip

Bryan Cooper married his high school girlfriend when he was 18; seven years later, he was a father to twins. Following his wife’s difficult pregnancy,... 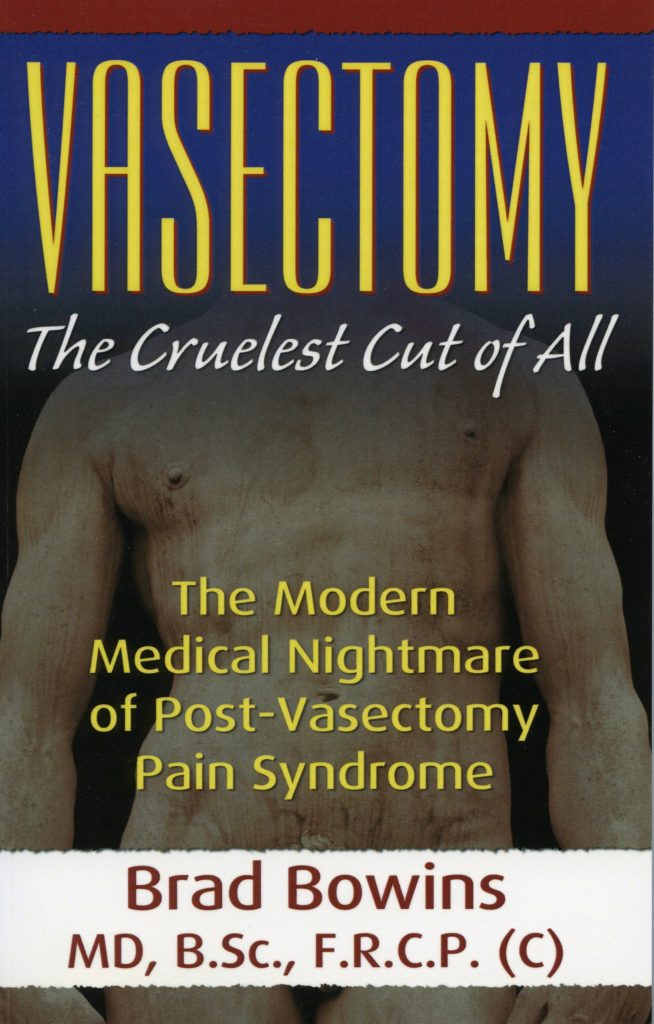 Vasectomy can produce a chronic pain condition, post-vasectomy pain syndrome, that can produce life-long pain difficult to reverse. The book calls for an end to vasectomy.

Another survey, this time from The Marriage Bed:

485 people responded to the survey.

Did you have any significant pain or problems after the procedure

Are you glad you had it done?

Medical profession not only failed to mention long term risks they actually said there were no long term risks from a vasectomy… I guess they kinda forgot about the 40+ years of research highlighting risk from post vasectomy pain syndrome… which I got diagnosed with… along with between 14% and 43% of all men who have a vasectomy.

Until the exact cause of why PvP occurs and until the doctors are honest about risks to patient (those diagnosed all say their doctor said “no risk”, “never heard of PvP” or “risk is less than 1%”) then the procedure should be banned. Given it can appear any time within 10 yrs after vasectomy PvP is a ticking time bomb.

Seems like it had more impact on my libido than anyone ever suggested. Not sure why. Wish I could have contemplated this in advance and talked with my wife about the impact. The good? My wife never again spoke about the medical need for a hysterectomy. (Saved her from surgery and its implications.) The bad: significant loss of sex drive. Who knew?

I find that I don’t have the same power in my discharge, where it used to fly across the room (so to speak) it sorta just oozes out now. That and I don’t feel as big anymore either, like I shrunk an inch.

Since then my sexual ability has faltered. Orgasms aren’t as good. Erection isn’t as hard. But I do not know how much, if any, was the vasectomy, my brain, prescription drugs (depression), ageing, our marriage (putting up with each other) or what. As someone at work says, “The real world is kind of messy.”

Prior to the vasectomy I would occasionally experience pain/pressure when I went extended periods without ejaculation. Since, I have occasional pain just prior to and during ejaculation. Also a general feeling of “fullness” almost all the time.

Long-term pain. Testicle confusion (don’t know if they are to rise and fall with heat/cold) Diminished sex drive (not psychological). After researching more thoroughly, many urologists suggest this regulates body temperature, which can affect testosterone production.

My biggest complaint is less volume in my semen levels (event though they said there would be no change). Both my wife and I can tell the difference in the volume. It also seems my orgasms are not quite the same either. It is also nice to know that we won’t have any more “surprises”. However, it’s also sad to know that I’ll never father another child.

Now, my testosterone has shut down completely and I must supplement with Androgel.

I’m one of the small percent who had side effects. Several times a year I would get painful granulomas that would hurt for up to a week at a time. Typical, when I got remarried I had it reversed, OMG WHAT A PAINFUL NIGHTMARE!

Again, not a scientific poll. Interesting, though, especially as The Marriage Bed is not in any way focused on men with long term vasectomy issues. The website labels itself as “Sex and Intimacy for Married Christians” and features Christianity prominently. Nevertheless there is no indication of any discomfort with vasectomy on religious grounds. As far as I know, most Protestant denominations do not teach a negative view of vasectomy. The majority of survey respondents were very happy with their vasectomy.

But there is that slice at the bottom. I’m starting to color these pie charts like a tree because there seems to be this consistent pattern. 95% or more men are in the green leafy area. But there is also that trunk area that seems to show up in all these surveys. You don’t want to be in the trunk area.

Out of curiosity, were are any of the comments left by someone who is on this forum?

This poll was posted in September 2006:

My husband has a vasectomy booked in very soon and his brother had one with no problems & no pain now but we were put in horror by a friend saying dont do it and they lie to you as you get horrendous pain forever after and he only discovered this...