I had a reversal and things still don't feel right

I found the study below within the Wikipedia page for pvps. It seems to provide a legitimate potential explanation for something that gets quite a bit of attention on websites like this one. Many of us have already hypothesized what was likely going on and it would seem we were on the right path.

All and all, I found the study to be very interesting and rather thought provoking.

Is the low fertility rate after vasovasostomy caused by nerve resection...

Cross-sections of human spermatic cords and vasectomy specimens were prepared and the number and cross-sectional area of nerves were determined. On average, about one-half of all nerves in the near neighborhood of the vas deferens were resected...

I saw this video today:

One thing that stuck out to me was that the speaker emphasizes that there is a LOT of variation in nervous system anatomy. In particular, the genitofemoral nerve that goes down through the spermatic cord travels through different tissue in different men.

It’s conceivable that the “disappointing climax” symptom (not to mention GF nerve damage many of us experienced) could be something where some men just have nerves that by bad luck happened to travel down the spermatic cord along the vas deferens rather than along a different structure.

So for 95% of men those nerves remain intact. But for the unlucky few, when you sever these nerves, you cut off not just sensation but also motor signal pathways to the epididymis – so when it should be contracting during ejaculation it is just sitting there paralyzed.

Points in the video to highlight:

That was an interesting video. It pretty much echos or aligns with my thoughts on the structural abnormalities of the CNS being relevant to the OP, vasectomy pain, pvps, sexual side effects, etc.

So for 95% of men those nerves remain intact.

95% doesn’t sound right to me. Hard to say what the actual number is. If 95 % seem to be the lucky ones, I’m not thinking that means only 5% had some random nerve ends of high value cut, cauterized, etc, during the vasectomy procedure.

From the OP link

Let’s not forget that nerves regrow over time. Perhaps, maybe, etc - by the time the nerves of the vas deferens, etc, regrow to the point where things are capable of functioning again - it could be too late.

The link below is a legitimate potential explanation as to why many men experience some positive post reversal improvements regarding side effects, sensations, etc, over time - even if it’s already to late. Many of us are already aware that nerves regrow over time and that is relevant all over the board. 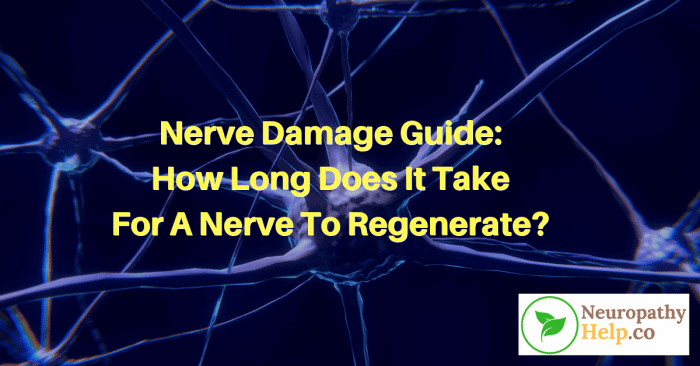 Nerve Damage QA: How Long Does It Take For A Nerve To Regenerate?

Nerve injury can result is loss of sensation or problem with your muscles. This always leads to pain, a condition called “peripheral neuropathy”. To understand how the nerves repair and regenerate, you need to understand the types of nerve injuries.

Let’s not forget about the study below that is relevant, related, complementary, etc, to some of the thoughts, conclusion, etc, of study in the OP.

The post-vasectomy length of the testicular vasal remnant: a predictor of...

To identify another preoperative predictor of surgical outcome in vasal reconstruction, we prospectively measured the post-vasectomy length of the testicular vas deferens from the cauda of the epididymis to the site of the vasectomy in 26 patients...

Let’s not forget that vasal and/or epididimal blockage is said to be a leading potential reason as to why many reversals fail as well. I’m not going to provide a link as that information is available all over the place, including at good old Wakipedia.

Sort’v off topic but somewhat related…

I don’t recall at what point in time that was determined to be some sort of fact or factoid. We’re they suggesting months later? Years later? I don’t recall ATM, but I’d guess there is some more shady, hidden, etc, details involved.

Yeah, I don’t know what the right number is.

This video lends credence to the idea that urologists have no idea what nerves they are amputating when they cut the vas. He says that 3% of men have their GF nerve running outside the spermatic cord. It is surprising how much variation there is.

It seems like you’re going to get a very different recovery if you miss all of the major nerves by dumb luck, versus if you amputate the last three cm of the genital branch of the GF nerve because it happened to be traveling down the vas. And if you do that, how is it going to regrow? Where would it go to – the proximal vas is a detached dead end.

It seems like you’re going to get a very different recovery if you miss all of the major nerves by dumb luck, versus if you amputate the last three cm of the genital branch of the GF nerve because it happened to be traveling down the vas. And if you do that, how is it going to regrow? Where would it go to – the proximal vas is a detached dead end.

The proximal vas end may typically be a dead end from the rest of vas deferens, but there is another route that the GF nerve or other known nerves of high value could or would communicate - via the cremaster muscle. I suppose any sort of nerve regrowth in that direction is quite possible. How else would pain signals be communicating via a dead end if it wasn’t for that route, or perhaps via an artery, via some sort of connected tissue, or something along those lines.

The human body is a strange thing. It’s been said that the body will find ways to communicate with itself over time, but I’m not thinking that statement is relevant to what I was presenting in the OP.

The data support the hypothesis that removing nerves to the vas deferens during vasectomy could result in poor functional results after vasovasostomy, i.e., that powerful contraction of the proximal vas deferens and epididymis could be lacking.

If that is the case, how come urology presents vasectomys as - it doesn’t change anything other than you will be shooting blanks. You won’t notice anything different about yourself in that department, etc. All of this seems completely contradictory to me.

Also, it seems that we have at least one story on this site where the vasectomy was preformed without slicing all the way through the vas deferens - thus potentially not creating a dead end at the proximal vas. Seems that story suggested he was closed ended as well.

There’s so much to know…

It seems like you’re going to get a very different recovery if you miss all of the major nerves by dumb luck, versus if you amputate the last three cm of the genital branch of the GF nerve because it happened to be traveling down the vas.

This part makes me think about the discussion in thread below.

I thought I’d start a thread about vaselgel because thinking about it leads my mind to some interesting thoughts, and places. It will be interesting to see how the statistical data pans out if, and/or when the world gets to the point where it has decades worth of data regarding outcomes from vaselgel. For those that don’t know what that is, Google it. Obviously vaselgel will still carry all the risks, and complications of the congestion end of the spectrum, but if they are preformed properly u…

Yes, I was thinking of vasalgel too. It would not shock me if the complications of vasalgel were less bad and less frequent than vasectomy.

And the fact that you can restore sperm flow with a simple flush out, rather than a 3 hour surgery under a microscope.

It is ridiculous that vasalgel isn’t available everywhere already. Uros simply don’t care, are deluded, and are looking out for their own rice bowls.

I saw one uro on Twitter last year sneering at vasalgel because it is less effective at preventing pregnancy than vasectomy. Open and shut case in his mind. The man’s health wasn’t even a consideration.

I hear double orchiectomy is even more effective than vasectomy…

I’m certainly not extatic about Vaselgel or RISUG as I still feel confident that it comes with it’s own versions of pain, pvps and then some. But, if it is done correctly, I still think it’s a better alternative to traditional vasectomys on many levels. But, I don’t see how complication rates on the congestive end of the spectrum can be any better vs traditional.

The reversability aspect of vaselgel sounds great in theory, but I certainly don’t think it’s as reversable as it’s presented to be. There seems to be a lot of variables that don’t seem to get much consideration.

Whatever the case, if they are done correctly, I don’t see how the outcomes could be worse than traditional. I’ve always supported that idea. But, the idea that vasectomy pain, PVPS, etc, magically goes away when a Vaselgel or RISUG type of replacement ushers in is utter nonsense to me.

I still tend to think we would have a eureka moment if we could hear the uncensored post op testimonials of the first 1000+ men to have such a procedure a year or two afterwards.

Might as well hear the unsensored post op testimonials of the first 500+ men that attempted to have it reversed a year or two afterwards as well.

I’m afraid to watch this video as I really don’t want my issues to be nerve related. From my limited research it seems like that’s the worst case scenario with little hope of resolution. I know I have pelvic floor issues that need work, but due to my ejaculate volume plummeting immediately after my vasectomy I’m starting to think a reversal may be the only way to turn things around. Correct me if I’m wrong but the pelvic floor shouldn’t go from fine to shot within a few weeks.I’m still going to give pelvic floor therapy several months before considering more surgery.

Nothing about the video I posted is going to freak you out. It’s about how to navigate to the right place when doing a nerve block.

I don’t have any insight to add for your case. Clearly conservative measures like PFPT are good to try before surgery. Sometimes they do work.

Ref the discussion we had with nerves in the other thread. It’s possible that vaselgel has even more complications with pain than vasectomy. Blocking the vas should cause all the same mess with epididymal congestion and sperm granulomas, that vasectomy has. But without the added “benefit” of having the nerves cut, that you get with vasectomy, every single guy on vaselgel will feel the pressure and pain from epididymus. Would not surprise me if that’s the reason that there are still no published results on vaselgel in humans - the results could be awful.

But without the added “benefit” of having the nerves cut, that you get with vasectomy, every single guy on vaselgel will feel the pressure and pain from epididymus. Would not surprise me if that’s the reason that there are still no published results on vaselgel in humans - the results could be awful.

It’s hard to say anything one way or another with any certainty, but that’s a very iteresting theory @stk

It’s a gel mate probably have chemicals in there as well. Having that into my body no thanks

It’s a gel mate probably have chemicals in there as well. Having that into my body no thanks

My understanding is they still yank your vas out through a hole in your scrotum to do the injection. If they were able to guide the needle into the vas without making an incision then I’d be more interested in vasagel.