Activity brought pain back. Anyone else have this happen?

Had my vasectomy 4 months ago and the pain almost never went away. There was about a week at the three month mark where it was gone. I thought I was out of the woods. It was a dirty trick. I tried to do minor things like help out with construction at the church. Didn’t try to lift anything too heavy. I was carrying a 45lb tool bag up a snowy hill, so my footing wasn’t the best. I didn’t fall or anything but when I got to the top that old aching pain was back. Not bad at first but as days went on it kept getting worse. it was like waking up from a nice dream back into a nightmare reality I’m still in a month later. Now whenever I do anything slightly strenuous I get pain. Even walking around for too long. Has anyone had a major setback from activity? What would likely be the cause of that?

I exacerbated pain at 48 hours by holding a baby above my head. Most people don’t realize it but lifting, heavy or otherwise, causes flexion of the cremaster muscles in your cord. If you’ve got any nerve damage, entanglement, scar tissue, etc in your cord, you’ll feel it lifting.

Thanks for letting us know about the cremaster muscle. That’s probably why I haven’t been able to lift anything for the past 7 years of my life. I eventually figured out that certain exercises increase scrotal pain.

Here’s a diagram / crossection that was posted by @Roy a few weeks ago. I thought it was relevant, and would be helpful regarding this discussion.

Thanks for that. Are you able to lift things now? How long ago was your vas? Just trying to figure this out. If nerves in scar tissue is my issue a reversal wouldn’t help me.

I’m able to lift now without issues. The only thing that exacerbates my pain is core work. My adductors, hip flexors and transverse abs are weak from the nerve damage so they don’t work well. Unfortunately this has cost me my hip, knee and low back. I’m in pain constantly in these areas.

Has anyone had a major setback from activity?

Lots of guys on this site have experienced setbacks from activity/s. Many of them made improvements over time. I wouldn’t assume worse case scenario just yet.

What would likely be the cause of that?

That’s a complicated question that I don’t think anyone can answer with any absolute certainly. We can certainly come up with ideas, theories, etc, but I am not aware of a one size fits all answer.

If nerves in scar tissue is my issue a reversal wouldn’t help me.

I wouldn’t rush into anything just yet, but your thought process regarding reversal is flawed. I would suggest learning more about reversal before you assume this and that.

I could point to an activity leading to each of my 3 bouts of scrotal pain. First (2005) and third (2016) started right after bicycling. Second bout (2008) started after a vigorous night in the bedroom after my doc switched my BP meds that were contributing to ED.

The PUR Clinic’s website discusses “inciting events” leading to the turning on of scrotal nerves.

Thanks everyone for the feedback. I was a weight lifter once upon a time. So my mentality is push through it and that didn’t workout for me with shoulder injuries and the like. So now I try and listen to my body. Spring is coming with yard work. I’m going to want to push through but that’s what I did at the church and it set me back over a month in my healing. Not pushing through agony but just that dull ache that I haven’t had for a week. Going to see the doctor who did my vas Wednesday and another urologist for a second opinion on the 10th. No pain from urinating or sex just being seated or standing holding my 1 year old. I’m taking ibuprofen around the clock and papaya seed powder religiously. What would be the next conservative treatment to try?

How long ago was your vas? Did you have a reversal or any other non conservative procedures?

I’ll check that site out. Roughly how long did each bout last?

First bout lasted about 15 months with a reversal at about month 9. Second bout was short, 5-6 months. Third bout was most stubborn, about 2-1/2 years.

Vas April 2015. Nope. I’m right on the edge of livable and non-livable pain. I can’t afford to get worse.

Sorry to see you here. Strenuous activity of any kind has a good chance of making my issues worse. I’m headed towards a reversal myself. I’ve tried many conservative things over the past year and a half. I posted my experience with these treatments here My Experience, with list of non-invasive treatments

Hard to say what you should try next. Perhaps you should regroup your thoughts after you’re next appointments. IDK.

Beyond that, some great natural supplements that might help would be - alpha lipoic acid “R”, and/or a blend of turmeric curcumin, and black pepper. Both of those can be purchased online and ~locally. Both review out as working better than prescription and OTC’s by many. Both are for pain, but one has NSAID like anti-inflammatory properties. Check out the 2 links below. 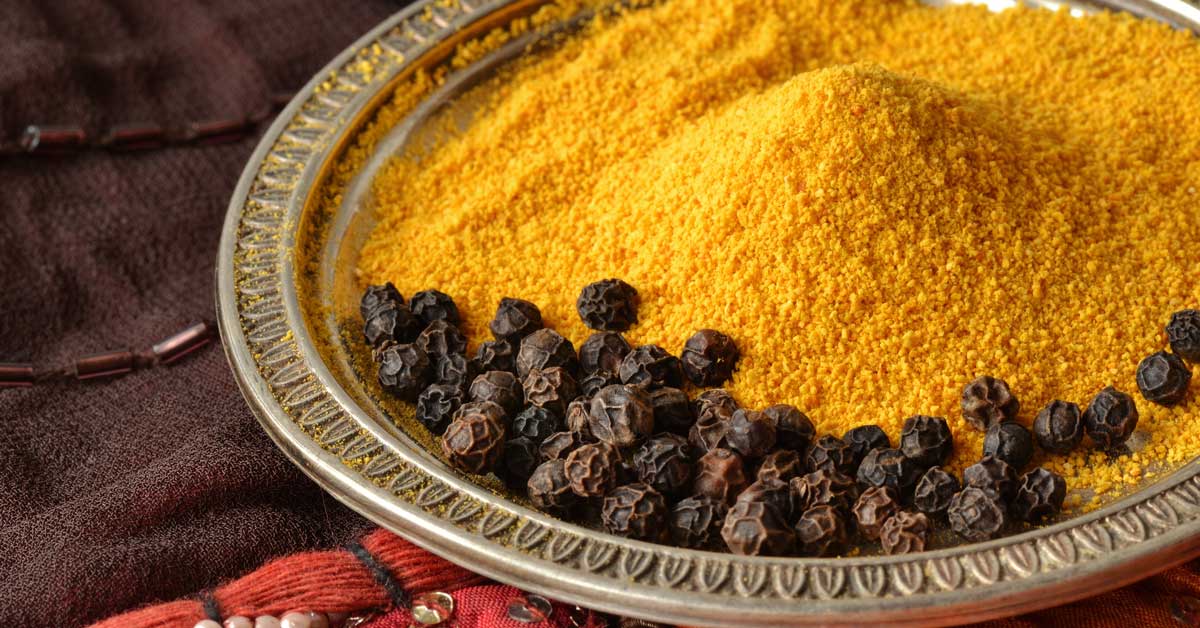 Why Turmeric and Black Pepper Is a Powerful Combination

From there… Prescription NSAID’s such as Meloxicam and Celebrex, painkillers, etc. Regarding the pain killers, don’t be surprised if they perscibe you an antidepressant of the sorts type.

Perhaps you need to make it to those appointments and go from there (regroup). What if you have an infection brewing or something else ??? and we are all way off. Whatever the case, keep us posted. I’m always here to help a brother out wherever I can, and so are several others.

This gives me a lot of options to run by the doctors. Thanks for that. I hope you are pain free soon.

Thanks. I’m gonna pick this stuff up. As far as infection goes, seems almost impossible on account of the amount of antibiotics I was on for months before the vas and still am on to squash a Lyme disease flair up.

Strange thing I didn’t mention: one of the stitches seemed to flip around until the knot was on the inside. It broke and wouldn’t pull out easily So I left it there. The stitches were supposed to be dissolvable but it’s still hanging out of me 4 months later. Probably has nothing to do with the pain but it may speak to the attention to detail of the people who worked on me if, they used the wrong kind of stitches.

I’ve vowed to keep active on this site as my initial pain was brutal but I’ve learned to maintain it and would encourage anyone to follow similar approach if they find benefit. Chiropractics. There are nerves that get cramped in your lower back and fire into the pelvis. It’s quite possible to have had subluxation but never a symptom like this until you introduced a new pain feedback loop that came from having surgery. Basically, your nerve is firing incorrectly from the poor pathing. I have remained faithful to chiro visits every 4-6 weeks for 2 years now and doing well. 80% of my pain was relieved almost instantly and it brought me to tears of happiness in the chiro office. Also, I’ve incorporated some yoga and stretching and also maintained my Vitamin D levels with supplements as it turned out I was deficient and had odd inflammations. Just a thought on your search.

I’m gonna pick this stuff up

Sounds good. I prefer natural supplements vs pharma’s any day myself, but to each his own. I wasn’t sure where you stood regarding naturals vs pharma’s, thus I gave you several options. Keep in mind that, what works for one, may not work for another, and that goes for just about anything.

What would be the next conservative treatment to try?

@Sentosa created a short list of what would be considered concervative, I added onto it, and so did @Process76. There’s a lot of stuff one can try that’s scattered all over this site, and I think you get gist of what would be considered concervative. I’d be surprised if the two natural supplements I listed don’t help you unless you have something out of the ordinary going on.

As far as infection goes, seems almost impossible on account of the amount of antibiotics I was on for months before the vas and still am on

That’s interesting, and perhaps it reinforces some hypothesis, yet it’s hard to say anything for certain one way or another. There are many posts on this site from men that are, or we’re in similar situations.

This isn’t unheard of on this site either. Type lyme disease into the search bar on this site to find those discussion’s. I have no input regarding the lyme disease related stuff. Perhaps some others will. IDK. Whatever the case, the lyme topic is way out there in uncharted territory. I don’t know of anyone that has all the answers for that topic, especially when we are talking about vasectomies, autoimmune responses, etc, at the same time.

Strange thing I didn’t mention: one of the stitches seemed to flip around until the knot was on the inside. It broke and wouldn’t pull out easily So I left it there. The stitches were supposed to be dissolvable but it’s still hanging out of me 4 months later. Probably has nothing to do with the pain but it may speak to the attention to detail of the people who worked on me if, they used the wrong kind of stitches

I’m guessing you are referring to the sutures that were used to close your scrotal incision up with? If so, I doubt they used that kind of material on you’re internals. I sure hope not anyway. IDK.

I doubt what you have going on is related to the sutures myself. I doubt it’s related to infection too. But, it never hurts to consider everything as a possibility. There have been a ~few guys come through here that were asking questions, posting symptoms, getting replys, etc - only to later post it was something way off - such as lower back problems, etc. Over the last ~decade I have seen a handful of guys that were better off going to the doctor ASAP than posting in a pain forum. Generally speaking, in those cases, infection was the culprit.

All that said, I wish you the best of luck.